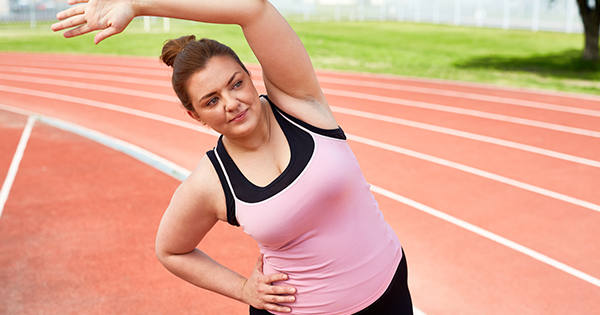 Experts say eating a nutrient-rich diet and regular exercise can lower the risk of type 2 diabetes.

Recent research sheds new light on the importance of weight loss to reduce the risk of developing type 2 diabetes.

The study, published this week in the Journal of the American Heart Association (JAHA), found that obesity is a contributing factor in a significant number of type 2 diabetes cases.

“It is not surprising to anyone that obesity is an important risk factor for diabetes,” Dr. Sadiya S. Khan, a senior author of the study and an assistant professor of medicine and preventive medicine at Northwestern University’s Feinberg School of Medicine in Illinois, told Healthline.

“What surprised us was the extent of the burden for diabetes related to obesity. Between one-third to one-half of new cases of diabetes were attributed to obesity,” Khan noted.

Healthline interviewed experts who said that the study underlines the connection between obesity and type 2 diabetes and that it could serve as a wake-up call to those who are already at risk.Unpacking the numbers

It’s important to note that risk factors fall along racial and income-based lines. One reason for this may be inequities in healthcare.

The study’s authors noted that participants with obesity were more likely to be non-Hispanic Black or Mexican American. Those with an annual family income of less than $50,000 were also more likely to have obesity.

“We now know from this current research that there are disproportionate contributions from certain populations in terms of this obesity risk,” Dr. Spencer Kroll, director of the Cholesterol Treatment Center in Marlboro, New Jersey, told Healthline.

The research also noted the impact on non-Hispanic white women.

Research identified a “disproportionate effect of obesity in non-Hispanic Caucasian women, who appear to be of significantly greater risk of developing diabetes when obese,” Kroll said. “Further, this study is the first to include a population-based attribution Latinx populations for obesity and diabetes. This group demonstrates a higher burden of both of these conditions.”

Kroll added that the study highlights the need for appropriate and targeted public health measures for different groups.

Given the differing numbers among these groups and the financial burden of diabetes in the United States, Kroll said it’s critical to determine precursors to diabetes and how they differ in these populations so specific guidelines can be introduced for obesity prevention.Lowering the risk

The U.S. Centers for Disease Control and Prevention (CDC) saysTrusted Source that more than 34 million Americans — about 1 in 10 — have diabetes, and 90 to 95 percent of this population has type 2 diabetes.

And obesity is an epidemic in the United States. The most recent numbersTrusted Source from the CDC show that 42 percent of Americans have obesity. In 1999-2000, this number stood at 30 percent.

But experts say a little bit of effort can go along way in reducing the risk of developing type 2 diabetes.

The Diabetes Prevention Program found that a weight loss of 5 to 7 percent reduced the risk of developing type 2 diabetes by 58 percent in adults at high risk for the disease.

These numbers were noted in the recent JAHA study.

Dr. Kuldeep Singh, director of the Maryland Bariatric Center at Mercy, told Healthline that it’s important to know if you’re at risk.

“If a person has a mother or father with type 2 diabetes, and they are over 40 years of age, they should watch their weight and blood sugar levels on a regular basis,” Singh said.

“Sometimes, media and literature confuse obesity and overweight. For practical purposes, overweight is similar to obesity in its bad effects on the body, just to a lesser extent,” he explained.

Singh said people could take some control over the condition.

“A modest drop — 10 percent of total weight — goes a long way in managing diabetes,” he said. “It not only improves blood sugar levels but decreases overall risk of early death and other serious complications. Exercise increases the utilization of blood sugar and sensitivity to insulin in liver and muscles, and independently helps in blood sugar control.”  Getting there

Dr.Stephanie Redmond, a diabetes educator and co-founder of Diabetes Doctor, told Healthline that changing your diet can help, but there’s more to it.

“I’ve seen the most benefits from intermittent fasting,” she said.

“However, this doesn’t mean you can eat whatever you want during the eating window, or it won’t work. If you eat an enormous amount of carbs, it can overwhelm your pancreas, leading to huge surges in insulin. If fasting makes you binge and have crazy hunger fits, then it’s probably not for you,” she added.

Redmond said that another critical component is exercise.

“Diet is important but not everything. You get sick of hearing people telling you to exercise, but you need to,” she urged. “Figure out how to work it in. Watch a YouTube video of a step class and do it on your stairs, try kickboxing at home, or take a walk with your grandkids and do some extra skips. Try to get at least 20 to 30 minutes at a time.”