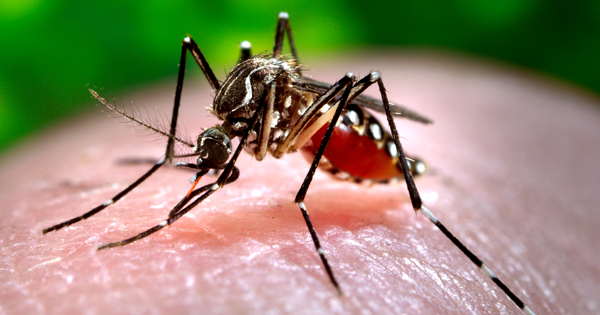 You thought Zika was scary? Well, get this: Global warming places up to 1 billion people worldwide at risk of exposure to disease-carrying mosquitoes over the next 50 years, new research indicates.

The two most common disease-transmitting mosquitoes – Aedes aegypti and Aedes albopictus – carry viruses such as dengue, Zika and chikungunya, plus more than a dozen others that could become larger threats in the next half-century, researchers report.

By creating a month-by-month model of temperature changes across the world, scientists analysed what would happen if these two types of mosquitoes moved as temperatures rose over the decades.

“Even though it’s hard to pin down the numbers, we’ve known this would be a problem for some time,” said study author Colin Carlson. He’s a postdoctoral fellow in the biology department at Georgetown University in Washington, D.C.

“The scale of the numbers is definitely frightening,” Carlson added. “If there’s a human aspect to this, it’s that we were hoping for a different result.”

Mosquitoes carry diseases that cause millions of deaths every year, according to the World Health Organization. Dengue, Zika and chikungunya cause symptoms that include fever, rash and severe muscle aches, among others. Zika virus surfaced in Brazil in 2014 and caused severe brain damage to thousands of South American babies exposed in the womb.

Carlson and his team found that as temperatures increase worldwide, year-round transmissions of mosquito-borne diseases could occur in the tropics, and seasonal outbreaks might happen nearly everywhere else. Nearly every population on earth could be exposed to these diseases over the next half-century.

‘The threat is coming’

In the United States, where Zika cases have occurred in warmer areas in the last several years, dengue and chikungunya could also become wider threats, Carlson said.

Currently, about 100 to 200 cases of dengue fever occur in the United States every year, mostly in people who have travelled abroad, according to the US National Institutes of Health.

“The significance of the study is we have the ability to know the threat is coming,” Carlson said. “The hope is that we can keep some of these viruses from getting established in the US and US territories. But any approach we take that focuses just on keeping tropical diseases out of the US and Europe is missing the bigger picture.”

The researchers’ projections also included a surprising finding: Areas such as West Africa and Southeast Asia, with the worst temperature increases, could actually become too hot for some disease-carrying mosquitoes.

Mosquito-borne diseases such as malaria weren’t examined in this analysis, but the common use of window screens on many houses in the United States has been a simple and effective way of preventing outbreaks, Carlson noted.

Dr Marci Drees is an infection prevention officer and hospital epidemiologist at Christiana Care Health System in Wilmington, Delaware, and wasn’t involved in the new research. But she said she wasn’t surprised by its results.

“I think we’re all aware that as global warming and climate change happens, the habitats of these various vectors – not just mosquitoes, but ticks and others as well – are going to be expanding,” Drees said.

She said Lyme disease, which is carried by deer ticks, is a prime example of the spread of disease-carrying insects linked to increasing temperatures. Once fairly limited to mid-Atlantic and upper Midwest states, Lyme disease is now reported in nearly every US state, Drees said.

Carlson said he’d like his research to be used to plan “basic, country-level responses” to climate change and its effect on disease.

“We now have a really good handle on what temperature is doing,” he said. “I want to take the leap from risk to projected burden – who’s getting sick, when, and how many people.”

Carlson said he’s unsure whether US officials today are poised to deal with climate change projections that may affect future generations.

“But I think we are in a sort of unprecedented moment for climate advocacy in the United States,” Carlson said, adding that social media is helping the public share scientific articles.

“At the end of the day, this is one study out of thousands published on climate change and health every year, but hopefully it starts important conversations,” he said.

The study was published in the journal PLOS Neglected Tropical Diseases.