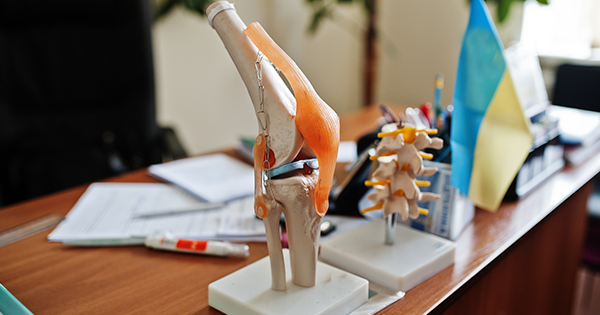 Could a long-used corrective surgery delay the need for a total knee replacement in younger adults?

A study published in Canadian Medical Association Journal by researchers at Western University in Canada suggests that high tibial osteotomy (HTO) could do just that.

“We had seen that (patients who had HTO) were doing quite well,” Codie Primeau, MSc, BSc, the study’s lead investigator and a research student at Western University, told Healthline. “A lot of them do not ever need a total knee replacement (TKR) going forward.”

HTO is a surgery usually performed on adults up to their early 50s who have some degenerative arthritis in their knee.

The procedure has been known as a stop-gap for future knee replacement surgery, but the timing on that offset had yet to be pinned down.

For someone with degeneration, particularly when combined with some bowleggedness, this procedure takes pressure off the damaged side of a knee by wedging open the upper portion of the tibia to reconfigure the knee joint.

This straightens out the joint, shifting pressure away from the damaged side of the knee, slowing down the progressive damage in that knee.

While it was long considered a way to put off a total knee replacement for as long as a decade, this study showed that the benefits could last even longer.

What the study revealed

Researchers looked at a group of people who underwent HTO between 2002 and 2014 and then traced how many incidences of total knee replacement that group had experienced since.

The results were, Primeau said, compelling.

Of the 556 patients studied, 79 percent had not undergone a total knee replacement within 10 years of the HTO.

With more and more people in need of knee replacement, the researchers wrote, HTO could help alleviate both the need for that procedure in a person’s lifetime as well as the crush of people in line for replacement surgeries.

The study focused on Canadian patients, where HTO is used more often than many orthopedic practices in the United States.

Dr. R. Scott Oliver, the chief of surgery at Beth Israel Deaconess Plymouth and president of Plymouth Bay Orthopedics in Massachusetts, told Healthline that he sees a partial knee replacement as a better option for younger people with knee damage.

“That’s the interesting thing about life,” Oliver said. “You have facts and you have opinions.”

That, he said, is because they are now cementless and tend to not wear out as quickly.

The case for HTO

Still, researchers say, there are valid reasons to look at HTO, and these findings back that up.

“At the end of the day, the main point is that most who get (the HTO) don’t go on to get a [total knee replacement] within 10 years,” said Primeau.

That, researchers hope, will help people who may be experiencing pain at a younger age to take action sooner with this step.

“The perception was ‘if I’m going to need a [total knee replacement], why bother (with an HTO)?’” Primeau said.

“We hope this will change that,” he added.

Dr. J. Robert Giffin, professor of surgery at Western University’s Schulich School of Medicine & Dentistry and the Bone and Joint Institute as well as a co-author of the study, said he believes for a specific person, HTO could be a solution to not just put off surgery but allow them to do the activities they want with less pain.

“Results from this study suggest the optimal window for high tibial osteotomy is before the patient meets the criteria for total knee replacement,” he told Healthline.

“It’s important to consider other factors in the decision-making process as well, [such as] the activity expectations for the patient after surgery. Individuals who hope for high activity demands can especially benefit from osteotomy,” he added.

It may also be, Giffin said, that a sooner-is-better approach could be gleaned from this study.

“As the results from this study suggest, individuals who undergo high tibial osteotomy can also substantially extend the time before a knee replacement is required or possibly avoid it altogether, particularly those treated earlier in the disease process,” he said.

Primeau said people with knee issues, particularly when combined with bowleggedness, should talk to their orthopedic team about this study because, he said, HTO is not the best option for all.

“Treating earlier is better,” he said. “But we don’t want to just treat everyone.”