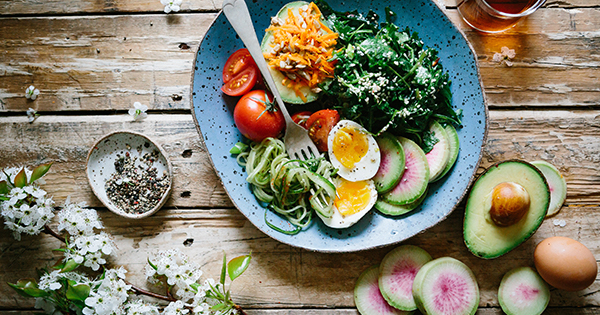 Using mice, scientists have revealed for the first time how stress hormones control fat and sugar levels over a 24-hour cycle. In addition, they have shown that a high calorie diet can alter the time-sensitivity of metabolic cycles.

The new study, led by researchers from Helmholtz Zentrum München and the German Center for Diabetes Research (DZD), also in Munich, Germany, helps to explain the rhythmic nature of stress hormones, whose levels surge before waking and feeding and ebb during sleep and fasting.

The findings also clarify how this hormonal cycle links to the daily routine that the liver follows in storing and releasing sugar and fat.

A recent Molecular Cell paper describes how the researchers made these discoveries by investigating glucocorticoid activity in the livers of mice.

Because the glucocorticoid receptor is also the target of anti-inflammatory synthetic steroids, the results suggest that glucocorticoid drugs could have different effects on people with and without obesity.

The adrenal glands release glucocorticoid hormones in the morning under the control of clock-related signals from the brain.

The glands also release the hormones in response to stress, which is why they are also called stress hormones.

The stress hormones reach their peak before waking, helping the body to prepare for the day’s activities by getting energy from raised levels of fats and sugar.

However, disruption to biological clocks — such as from working shifts or through jetlag — can greatly upset metabolism and contribute to related disorders, such as type 2 diabetes, obesity, and fatty liver.

Glucocorticoid drugs and a condition called Cushing syndrome, both of which raise glucocorticoid levels, can have the same effect.

The new study aimed to understand the connection between the daily stress hormone surges, the biological clock, and metabolic cycles by focusing on glucocorticoid receptors.

Nearly every cell of the body has receptors for these hormones. Without the matching receptor, the hormone cannot enter the cell and influence it.

For the new study, the team investigated the metabolic activity of glucocorticoids in the livers of mice by assessing the properties of their matching receptor.

They used a range of advanced techniques to map what happened to glucocorticoid receptors in mouse livers every 4 hours over a 24-hour cycle. They used two groups of mice: one group was on a normal diet, and the other group was fed a high fat diet.

The team also examined in detail what happened to the mice’s 24-hour liver metabolism as a result of daily surges in glucocorticoid secretion.

The methods that they used allowed them to show that the effects of glucocorticoids were different when the animals fasted during sleep, and while they fed when they were awake and active.

The researchers found that the glucocorticoid receptor exerted these effects through time-sensitive binding with the genomes of the liver cells.

In addition, it appears that the receptor, and therefore the associated stress hormones, help regulate nearly all circadian genes.

The researchers showed that the livers of mice that lacked the receptor did not control fat and sugar levels according to day and night.

The team suggests that the findings reveal how the liver controls levels of sugar and fat in the blood differently during the day compared with nighttime.

A further set of experiments also revealed that normal weight and obese mice responded differently to a glucocorticoid drug.

The team believes that the study is the first to show that diet can alter the effect of hormones and drugs on metabolic tissues.

The researchers suggest that their findings will help inform the emerging field of chronomedicine, which emphasizes the role of the biological clock in health and disease.

“We could describe a new link between lifestyle, hormones, and physiology at the molecular level, suggesting that obese people may respond differently to daily hormone secretion or to glucocorticoid drugs,” says senior study author Nina Henriette Uhlenhaut, a professor at Helmholtz Zentrum München.