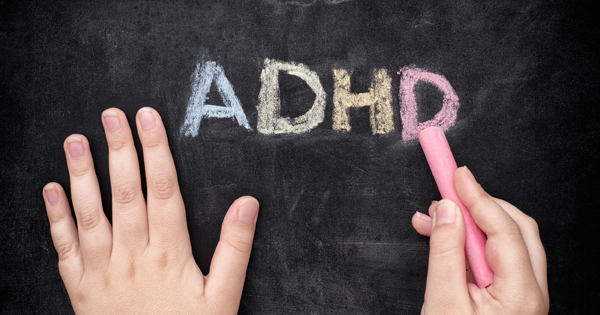 Parents of kids with attention-deficit hyperactivity disorder (ADHD) may change their child’s diet in the hope it might ease the disorder’s symptoms.

But a new study suggests it might not be worth the effort.

The researchers found that while kids with ADHD are more likely to have unhealthy diets, their poor diets weren’t at the root of their ADHD symptoms.

“In contrast to what may be expected, we observed that a poor diet does not predict the level of ADHD symptoms in children, either diagnosed or not. So, based on our study, dietary changes may not prevent or reduce ADHD symptoms,” said study author Trudy Voortman. She’s an assistant professor of nutritional epidemiology at Erasmus University Medical Center in Rotterdam, the Netherlands.

Diet has long been suspected to play a role in ADHD. People have tried avoiding certain nutrients or adding supplements to improve symptoms, according to background information in the study.

But the researchers wanted to know if the quality of a child’s overall diet might make a difference in their symptoms.

The researchers figured out each child’s dietary quality score based on the foods they reported eating when they were 8.

Voortman said that children with ADHD had higher than recommended amounts of sugar-sweetened beverages and processed meats. She said their diets tended to be lacking in legumes, vegetables and nuts.

The researchers don’t know exactly why these dietary differences occurred. But they suggested the poor dietary choices may have something to do with ADHD symptoms, such as restlessness and poor self-regulation.

“This may translate into impulsive eating of highly palatable foods or having no patience to eat vegetables, which are less rewarding than high-calorie foods,” Voortman said.

It’s also possible that parents may try to soothe difficult behaviour by offering kids the meals and snacks they prefer instead of healthier choices, she noted.

Dr Andrew Adesman, chief of developmental and behavioural paediatrics at Cohen Children’s Medical Center in New Hyde Park, New York, reviewed the study. He felt it wasn’t yet clear if the ADHD symptoms led to the unhealthy diet.

“Although it is possible that underlying ADHD symptoms may be responsible for dietary differences, this remains an open question,” said Adesman, who had no part in the research.

He said the study does suggest that diet isn’t likely “central to the development of ADHD or its treatment”.

Adesman noted that the study would’ve been stronger if dietary information had been collected when the children were 6, and not just when they were 8.

Both Voortman and Adesman said more research is needed to fully understand this relationship.

In the meantime, because kids with ADHD appear more likely to have unhealthy diets, Voortman said it may be important for health care professionals to monitor children’s diets and to provide parents with suggestions for healthier choices.

The findings were published in April issue of the Journal of Nutrition.