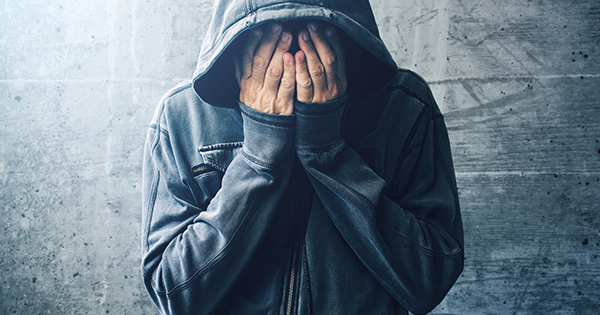 Experts say the use of alcohol and drugs at a young age can cause heart problems later, especially in women.

Drinking, smoking, and using drugs — even recreationally — is linked to premature heart disease in young people, especially women, according to new research.

The study, published in the journal Heart, concludes that people using four or more substances are nine times more likely to be affected.

The numbers of young adults with heart disease (atherosclerotic cardiovascular disease) have been increasing.

Although links between heart disease and substance use are well known, the role of recreational use in young people wasn’t as clear.

“We knew that substances like alcohol, tobacco, and illicit drugs played a role in the development of atherosclerotic cardiovascular diseases (ASCVD), but we did not know that use had such profound effects in the development of premature ASCVD, particularly in women,” Dr. Robert Ochsner, chief medical officer of Colorado-based rehab facilities Sandstone Care, told Healthline.

What the study revealed

Using information from the 2014–2015 nationwide Veteran’s Affairs healthcare database and the Veterans with Premature Atherosclerosis (VITAL) registry, researchers looked at recreational use of tobacco, cannabis, alcohol, and drugs such as cocaine and amphetamines.

After accounting for factors such as diabetes, high blood pressure, and high cholesterol, those smoking tobacco were nearly twice as likely to have premature heart disease, while those who drink recreationally were 50 percent more likely.

The effect on women

Doctors told Healthline that what really stood out in the study is that the number of women with premature heart problems is higher than men.

“Women may be more prone to coronary artery vasospasm than men, which can lead to myocardial damage (and) heart attack,” said Dr. Guy Mintz, Northwell Health’s director of cardiovascular health and lipidology at the Sandra Atlas Bass Heart Hospital in Manhasset, New York.

“This vasospasm can be triggered by inflammation; certainly it is known that cocaine causes vasospasm and heart attack,” he explained.

“Women smokers are more likely to have early heart disease; the exact mechanism is unknown,” Mintz added. “Inflammation may play a role, as well as endothelial dysfunction, direct damage to the lining of blood vessels.”

Dr. Monty Ghosh, an assistant professor of internal medicine and an addiction specialist at the University of Alberta in Canada, told Healthline that the elevated numbers for women were “very interesting.”

“It is hard to say what the factors are that cause this, but the authors speculate that this is partly because society does not screen and treat women as much as men,” Ghosh said. “This leads to problems not being addressed in women early enough, thereby causing women issues with heart disease that could have been avoidable.”

“This affirms that we need to be more vigilant to screen women for substance abuse disorders,” he added.

Ochsner’s comments echoed those of Ghosh.

“More studies will be needed to determine why there were such profound effects for the development of premature and extremely premature ASCVD in women,” he said. “However, the study did indicate that gender bias concerning screening and treatment of women with substance use disorder probably plays a role identifying women at risk.”

The effects of drugs on the body

In an editorial linked to the study, Dr. Anthony Wayne Orr, of LSU Health Shreveport in Louisiana, said cocaine and methamphetamine are associated with faster cell aging and neurocognitive decline.

People who start using substances at a younger age have worse health outcomes over the long term, which requires “a nationwide education campaign on the potential long-term damage being done to the cardiovascular system in patients with substance use disorders,” he wrote.

“We are only young once, and we should do everything in our power to maintain that state as long as we can,” he added.

“Using mind- and mood-altering substances as opposed to true recreational activities to deal with life stressors, like enjoying outdoor activities, yoga, or meeting with people with common interests to unwind, clearly results in different levels of toxins in the body and subsequently improved circulation,” Johnston said.

“I think it comes down to the Mickey Mantle quote: ‘If I knew I was going to live this long, I’d have taken better care of myself.’ Mood-altering drugs are the unhealthy quick fix,” he added. “Healthier activities take effort and a longer time to achieve the desired effects.”