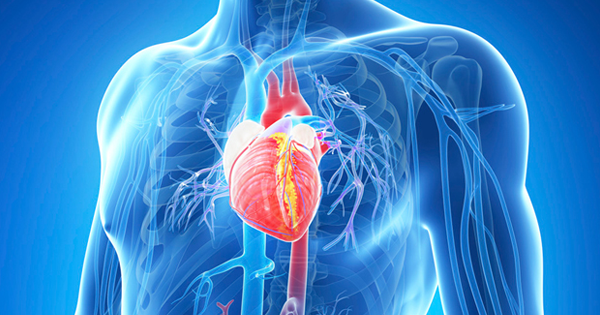 For heart benefits, a diet rich in fruits, vegetables, beans and grains remains the way to go, according to a new research review.

The review, by an American College of Cardiology (ACC) nutrition committee, examined the evidence on a few diet “hypes”.

Among the findings: Omega-3 fats and legumes (including beans, lentils and peas) have good evidence of heart benefits. Coffee and tea, meanwhile, are reasonable choices – just hold the cream and sugar. And full-fat dairy foods should probably be avoided.

Some other foods with purported heart benefits – including seaweed and fermented foods – might be good options. But little research has been done so far.

If you want a healthy diet, it’s best to cook your own food. Dr. Carsten Lekutat teams up with Dr. Stephan Luck in the kitchen, and also picks up some useful tips about the foundations of a healthy diet.

Studies try to examine individual foods or food groups. But in everyday life, “it’s the overall diet that matters,” said Freeman, who directs cardiovascular prevention and wellness at National Jewish Health in Denver.

“And the evidence supports a predominantly plant-based diet, without added sugars or processed foods,” Freeman said.

That means plenty of fruits, vegetables, fibre-rich grains, legumes and nuts, Freeman said. He stressed the importance of getting nutrients from “whole foods”, rather than supplements.

“Whenever we try to pull something out of a plant, we never do it justice,” Freeman said.

“Supplements are just isolated nutrients, without the other beneficial food components created by nature,” said Angela Lemond, a spokesperson for the Academy of Nutrition and Dietetics.

The review is in the Journal of American College of Cardiology.

Freeman said many patients want to know more about the specific foods and nutrients that are heart-healthy.

“People are starting to realise that medications are great, but diet and lifestyle are critical, too,” he said.

However, there is a lot of conflicting information, and misinformation, out there. And, Freeman said, doctors usually have very little education in nutrition.

For the current review, he and his team looked at a few foods that patients often ask about.

They found that some had strong evidence of heart benefits. Legumes, for instance, can help lower blood pressure, blood sugar and “bad” LDL cholesterol.

Similarly, omega-3 fatty acids – from fish, or plant sources like flaxseeds and walnuts – may help lower heart disease risk when they are part of a healthful diet.

With dairy foods, the evidence is mixed. But the review found a number of studies suggesting that full-fat dairy products – which are high in saturated fat – can raise “bad” LDL cholesterol.

The role of caffeine

People also commonly ask about coffee and tea, said Freeman. His team found that in many studies, coffee lovers have shown somewhat lower risks of heart disease than nondrinkers. And they found no evidence coffee raises blood pressure or triggers heart arrhythmias.

Similarly, a large study of Chinese adults found that those who drank black tea every day had a slightly lower risk of heart disease than nondrinkers.

“Coffee and tea may be beneficial – but without the cream and sugar,” Freeman said.

People should pay attention to caffeine, Lemond noted. The recommended caffeine limit is around 400 milligrams a day – or, Lemond said, the equivalent of three 8-ounce cups of coffee.

Freeman’s team also looked at some foods that have been gaining popularity among the health-conscious: seaweed, and fermented foods such as kimchi, yogurt, kombucha and spirulina.

A few small studies suggest those foods can help people lose weight or lower their cholesterol, the review found. But there’s not enough evidence to recommend them for curbing heart disease risk, Freeman said.

Energy drinks contain large doses of caffeine and caffeine-containing compounds. There is some evidence energy drinks can boost blood pressure or the blood’s tendency to clot – though that’s based on one small study.

Given the uncertainty, Freeman said, it’s best to avoid the drinks.