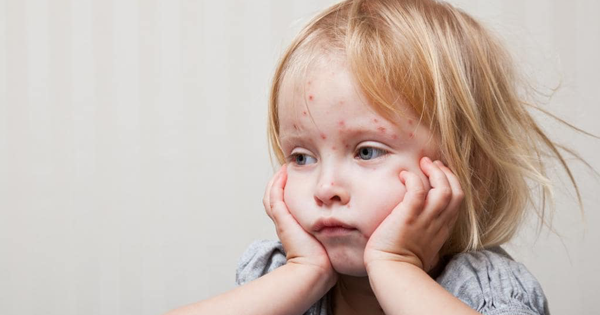 A new report details how a measles outbreak tore through two Orthodox Jewish communities in Brooklyn, New York, in 2013, ignited by an unvaccinated teen who brought the highly contagious disease home from a trip to London.

Before it was over, 58 people came down with the measles, out of more than 3 300 exposed contacts identified by public health officials. It stands as the largest outbreak of measles in New York City since 1992, according to the report.

The report was published online in the journal JAMA Pediatrics.

There were no deaths. One child was hospitalised with pneumonia, and an unvaccinated pregnant woman suffered a miscarriage.

Getting immunised against life-threatening diseases often means being pricked with a needle – even though it’s not the best method. Mark Kendall’s plan? A nanopatch that fires vaccines into the skin.

But New York City spent almost $395 000 (±R5.8 million) and more than 10 000 personnel hours responding to the outbreak and working to keep it contained, according to the case study.

One of the most contagious infections

The report shows the risk of forgoing vaccination, particularly within a close-knit community, said lead researcher Dr Jane Zucker, an assistant commissioner with the New York City Department of Health and Mental Hygiene.

“We determined that 71% of the cases were members of eight extended families,” Zucker said. “Measles is one of the most contagious infections that we have. This is a reminder of how critical vaccination is for preventing disease.”

New York City has a measles/mumps/rubella (MMR) vaccination rate near 97%, Schwartz explained. This kept the outbreak confined to a group of people who apparently eschewed the vaccine for religious reasons.

“Even in the largest city in the world, in densely populated neighbourhoods in Brooklyn, those individuals who were vaccinated around these clusters were unscathed,” Schwartz said.

The measles-infected teenager returned home from London on March 13, 2013. Measles has been endemic in Britain since 2008, thanks to a decline in vaccination rates down to around 80%, Zucker noted.

The United States declared measles eradicated in 2000. However, unvaccinated Americans still are vulnerable to an outbreak if someone brings measles into the country from another part of the world.

“All of these outbreaks are fuelled by introduction from either someone traveling to another country or a visitor who brings measles with them,” Zucker said. Within a week of the teen’s return, New York City public health officials began receiving reports of suspected measles cases from doctors. The officials swept in and began tracking all known exposures to measles.

Most of the identified cases were not immediately placed into airborne isolation. As a result, more people were exposed to measles in 11 healthcare facilities. Other exposures occurred in schools, on an airline flight, in homes and at a wedding, health officials reported.

Measles can remain infectious for up to two hours after a person has left a room, Zucker said.

“To vaccinate someone who was exposed, we have to do it within 72 hours, so there’s a real sense of urgency about that outbreak response,” Zucker said.

A total of 3 351 exposed contacts were identified by a team of 87 public health officials. Two-thirds of those exposed were protected by full vaccination, and another 11% received at least one dose of measles vaccine.

About 114 unvaccinated children and adults who’d been exposed to measles were given an MMR vaccine shot to ward off infection, the report said. There were 77 infants too young for immunization who received a dose of measles antibodies, Zucker added.

These post-exposure vaccinations kept the measles case count from being even higher, Zucker said.

Orthodox Jews accounted for all of the 58 identified measles cases, the report said. About half of the infections occurred due to transmission between relatives.

The outbreak ran from March through June 2013, and evidence shows there were six waves of transmission.

Out of the 58 confirmed cases, 45 were in children and adults who were unvaccinated either because their parents refused vaccination or intentionally delayed scheduled vaccines, the researchers said.

Another 12 cases were in infants too young for routine immunization. Vaccination is touted in part to protect those who can’t receive immunization, either because they are too young or have compromised immune systems.

According to a previous Health 24 article, last year the Western Cape and Gauteng saw an outbreak of measles among school children. Parents were urged to vaccinate their children in order to prevent the further spreading of the contagious disease. The Department of Health rolled out an extensive immunisation programme. In the Western Cape alone, 450 000 people were immunised. According to Stats SA only 61% of two-year-olds have received all their basic vaccinations.

“It illustrates the increased risk of individuals in those clusters of unvaccinated individuals,” Schwartz said. “This was an outbreak that was entirely attributable to decisions by individuals to forgo vaccination, and those choices have consequences.”