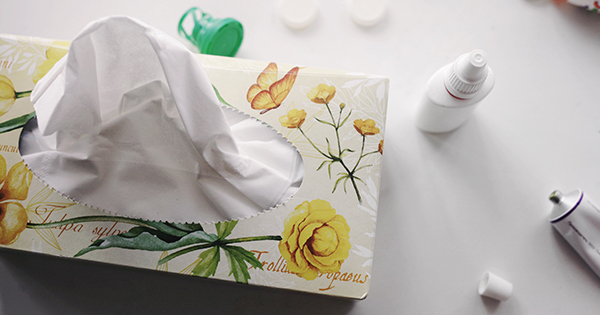 Allergies are reactions one gets from contact with certain foods, weather conditions, cold water, animals, change of environment, metal, scents, dust and drugs, among other things.

Sandra Kwiocwiny’s four-year-old niece struggles with allergies, particularly on very cold mornings. Kwiocwiny is on her toes keeping her warm in the cold morning air to catch the school van.

She sneezes incessantly and by the time the sneezing wears off, the little girl is irritable and unhappy.

Allergies are reactions one gets from contact with certain foods, weather conditions, cold water, animals, change of environment, metal, scents, dust and drugs, among other things. Depending on the stimulant, the reactions usually range from swollen eyes, fingers, throat-scratching, itching skin, rash on the skin, vomiting, heavy breathing, to mention but a few. Allergies can be a nuisance if not prevented or quickly treated.

Dr Keith Mugarura, the director of the Practice Medical Center describes allergies as abnormal reactions of the immune system to things that are typically harmless to most people. He says the immune system will think that a substance is harming the body and will react in an abnormal way, thus the symptoms seen during an allergic reaction.

When someone gets in contact with an allergen or an irritant, the body makes antibodies called Immunoglobulin E (IgE). These cause certain cells to release chemicals into the blood stream to defend the body against the allergen. The chemicals cause symptoms which include sneezing, wheezing, coughing, itchy skin, red eyes, scratchy throat, rashes, vomiting, diarrhea and swelling, among others.

When Yvonne Kembabazi was about two months old, she got a cough that would not go despite being treated with clinical medication. Her mother was then advised to give Kembabazi a raw egg. Unfortunately, she got worse. She vomited and got diarrhoea. The doctors said Kembabazi had reacted to a certain component in the egg. At 27, Kembabazi cannot eat eggs. Her tongue swells, she gets diarrhoea and a skin rash.

“I completely cut them out of my diet although they are my main ingredient for my cake business,” she says.

People of all ages, tribes and nationalities are susceptible to allergies. Mugarura says allergies tend to get intense between the ages of five and 16 then symptoms tend to reduce in the 20s only to return in the 30s and may reduce in later ages. He adds that 60% of allergies are inherited.

Many do not know how to handle them because they are not sure of the exact cause. Mugarura says the most effective way to manage allergies is to avoid them.

“Allergies can range from a mild reaction to a life-threatening one and in some cases may even cause death if not managed appropriately,” cautions Mugarura.

He describes a severe allergic reaction condition as anaphylaxis where one goes into shock, usually seen in food allergies, insect stings, medications and latex.

Mugarura says there are different types of allergens or irritants. These include outdoor (pollen, insect bites and stings), indoor (pet or animal hair or fur, dust mites, mould), irritants that include cigarette smoke, perfume, car exhaust and foods especially peanuts, eggs, milk and milk products, among others.

“These are usually handled through immunotherapy where a series of injections or a tablet is put under the tongue for a given period of time,” he says, “emergency epinephrine like EpiPen, a device with a drug called epinephrine, can also help in severe cases since someone can carry it at all times. It is also given as an injection during life-threatening allergic reactions.”

How does one know they are allergic?

Ruth Apio, 34, a retail shop owner, says whenever it rains and gets cold, her son has difficulty breathing. Medical consultation revealed that Apio’s son is asthmatic. She now always has an inhaler at hand, one on his school bag and another by his bedside.

“I have trained him on how to use it. This is easier than panic and risk losing my child’s life while rushing to the hospital,” she says.

Although he has outgrown it, Apio still holds onto an extra inhaler just in case.

Mugarura says certain home remedies can help reduce the symptoms like itching, sneezing and inflammation. Some of these include flaxseed, vitamins and saline nasal rinses.

Keeping warm in case one’s skin reacts to cold is a remedy one should adapt to avoid discomfort. A sweater, ponco or any other warm clothing could help keep these reactions at bay. Taking warm water or tea could also help with this since the body is getting warmth.

While most people’s skin itches, others get itchy throats due to the cold. Mugarura says taking honey for an itchy throat could give some relief. The cold also causes others to sneeze or wheeze and to this, he advises steam inhalation for quicker relief. To do this, boil water and pour it into a bucket. Bend towards it and let the steam go over the face.

Juliet Namagga, a fashionista, likes trying out all sorts of jewellery. Unluckily for her, every time she wears metallic earrings or watches, her skin breaks out with an itchy rash. When she takes them off, her skin is back to normal in a few hours.

“My ears will swell and produce water. They take longer to heal because of the swellings,” she says.

Namagga says she was advised to vanish the jewellery to prevent this reaction.

Allergies should not be ignored. Home remedies could work but the best way for preventing allergies is completely eliminating the allergen through proper diagnosis. Medically, Mugarura says, allergies can be diagnosed using specialised tests like skin tests, blood tests, nasal and respiratory fluid tests and other highly specific tests, as recommended by the physician.