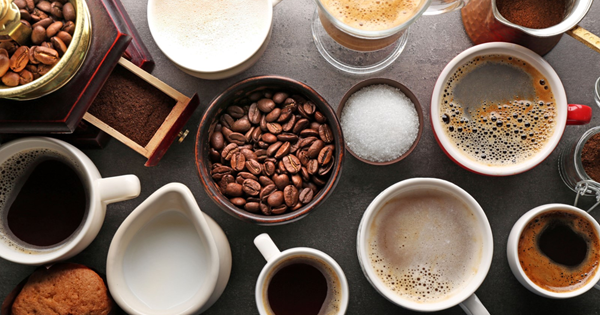 If you have migraines, one or two cups of coffee a day may be okay, but three or more could raise your risk of an attack, a new study concludes.

“Interestingly, despite some patients with episodic migraine thinking they need to avoid caffeine, we found that drinking one to two servings/day was not associated with higher risk of headache,” said study principal investigator Dr Suzanne Bertisch, of the Division of Sleep and Circadian Disorders at Brigham and Women’s Hospital in Boston.

“More work is needed to confirm these findings, but it is an important first step,” she added in a news release from Beth Israel Deaconess Medical Center.

In the study, Bertisch and her colleagues tracked data from 98 adult sufferers of episodic migraines. Each patient had an average of five migraines a month, 66% had one to two servings of caffeinated beverages a day, and 12% had three or more servings a day.

For the purposes of the study, one serving of caffeine was defined as eight ounces (one cup) of caffeinated coffee, six ounces of tea, a 12-ounce can of soda or a two-ounce can of an energy drink.

Over the six-week study period, the participants had an average of 8.4 migraines. All reported having caffeinated beverages on at least one day during the study, with an average of 7.9 servings per week.

Having three or more servings of caffeinated beverages a day was associated with the onset of a migraine that day or the following day, according to the study published in The American Journal of Medicine.

The findings were consistent even after the researchers accounted for alcohol consumption, stress, sleep, physical activity and menstruation. There was some variation when women used birth control pills, the researchers said.

Overall, “drinking one or two caffeinated beverages in a day does not appear to be linked to developing a migraine headache, however three or more servings may be associated with a higher odds of developing a headache,” lead investigator Elizabeth Mostofsky said in a journal news release. She’s with the Cardiovascular Epidemiology Research Unit at Beth Israel Deaconess Medical Center, also in Boston.

“While some potential triggers – such as lack of sleep – may only increase migraine risk, the role of caffeine is particularly complex, because it may trigger an attack but also helps control symptoms,” Mostofsky noted.

She said that, before this study, there’s been little rigorous research on the role of caffeine in migraine attacks, so there’s been “limited evidence to formulate dietary recommendations for people with migraine”.

But one headache expert said the new study “leaves me with more questions than answers”.

“Do different individuals have different tolerances to caffeine? What is the mechanism of the association between caffeine and headache?” wondered Dr Noah Rosen, who wasn’t involved in the new research. He directs Northwell Health’s Headache Center in Great Neck, New York.

Still, the data provided is a place to begin, Rosen said.

“Overall, it is an interesting paper that makes us think a little harder,” he said. “I believe there is not enough information available about caffeine and headache – particularly in this ‘golden age’ of coffeehouses and a high level of daily consumption by the average consumer – and more work like this is important.”