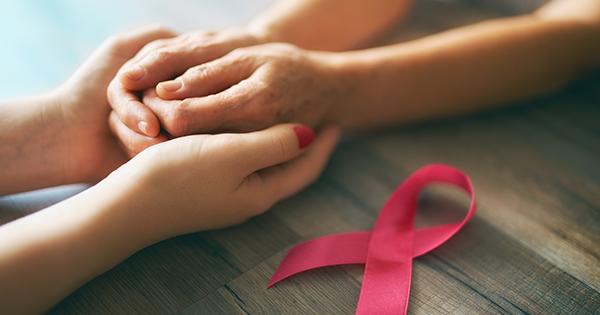 May is National Cancer Research Month, a time to highlight the ongoing work of scientists who dedicate their lives to understanding and treating cancer. Here, we cover 10 myths associated with cancer to help people cut through the maze of misinformation.

According to the World Health Organization (WHO), cancer accounted for 10 million deaths worldwide in 2020. Globally, it is a leading cause of death.

In the United States, an estimated 39.5%Trusted Source of people will receive a cancer diagnosis within their lifetime.

Myths tend to develop around particularly prevalent conditions. It is no surprise, therefore, that people often misunderstand cancer.

“Cancer” is a generic term for a group of diseases that can affect any part of the body. This variety adds fuel to the fire of confusion.

In this article, we hope to dispel some myths and clarify this common and varied group of diseases.

1. Cancer is a death sentence

For instance, in January 2019, an estimated 16.9 million cancer survivors were living in the United States. In the United Kingdom, survival rates have doubled in the last 40 years.

According to the National Cancer Institute:

“In the United States, the likelihood of dying from cancer has dropped steadily since the 1990s. Now, 5-year survival rates for some cancers, such as breast, prostate, and thyroid cancers, are 90% or better. The 5-year survival rate for all cancers combined is currently about 67%.”

Overall, cancer death rates are slowly declining, although the survival rates of some cancers are increasing more than others. An annual report on the status of cancer in the U.S., which appears in Cancer in 2020, concludes:

This is a myth. Cancer is not contagious. Someone with cancer cannot spread it to others.

However, some sexually transmitted diseases, including human papillomavirus (HPV)Trusted Source and hepatitis B and C, can cause cancers in the cervix and the liver. In these cases, an infectious agent causes the cancer, but the cancer itself is not contagious.

As an interesting aside, scientists have documented that cancers in some animals, including Tasmanian devils and dogs, can cause fatal transmissible cancers: devil facial tumor disease and canine transmissible venereal tumor, respectively.

To date, there is no evidence that cell phones cause cancer. One of the reasons this myth developed is that these devices emit radiofrequency radiation (radio waves), a form of non-ionizing radiation. The body absorbs this radiation.

Scientists know that exposure to ionizing radiation, for instance, X-rays, increases the risk of cancer. However, radiofrequency radiation is non-ionizing radiation, which does not increase cancer risk. The National Cancer Institute writes:

This is also a myth. The extremely low frequency (ELF) magnetic fields produced by power lines are non-ionizing and, therefore, do not cause cancer.

“Several large studies have looked at the possible effects of ELF magnetic fields on cancer in rats and mice. These studies expose the animals to magnetic fields much stronger than what people are normally exposed to at home […]. Most of these studies have found no increase in the risk of any type of cancer. In fact, the risk of some types of cancer was actually lower in the animals exposed to the ELF radiation.”

However, the American Cancer Society also explains that some studies have found a slight increase in leukemia risk for children who live close to power lines. However, the reasons for this remain unclear.

Medical News Today spoke with Dr. Joel Newman, a consultant hematologist and specialty lead for pathology at East Sussex Healthcare Trust in the U.K. He puts the risk into perspective:

“We don’t have any real evidence that cell phones or power lines cause cancer, and there are many other things that we do daily that put us at a much greater risk than these ever could, including smoking and alcohol consumption.”

To date, there is no good evidence that artificial sweeteners increase the risk of developing cancer.

The National Cancer Institute explains why this myth may have arisen:

“Questions about artificial sweeteners and cancer arose when early studies showed that cyclamate in combination with saccharin caused bladder cancer in laboratory animals.”

Similarly, a study investigating aspartame and cancer, which included data from more than half a million participants, found no links between “aspartame consumption and lymphoma, leukemia, or brain cancer.”

This is only a partial myth. It is true that cancer surgery can cause the cancer to spread, but this is rare. As the American Cancer Society explains:

A related myth indicates that a tumor will grow faster or spread to other parts of the body when exposed to the air. This is untrue.

There is no evidence that any herbal medicines can cure or treat cancer.

However, some people find certain alternative therapies, such as acupuncture, meditation, and yoga, help with the psychological stress associated with cancer and some of the side effects of cancer treatment.

As the National Cancer Institute points out, just because something is “natural” does not mean it is safe. In some circumstances, herbal supplements can harm a person’s health; they provide a couple of examples:

“Some studies have shown that kava kava, a herb that some people use to help with stress and anxiety, may cause liver damage. And St. John’s wort, which some people use for depression, may cause certain cancer drugs not to work as well as they should.”

It is important that people with cancer speak with a doctor about supplements and vitamins before taking them.

Although some cancers are passed on genetically through families, they are the minority of cases: an estimated 3–10% of cancers result from mutations inherited from parents.

Because people are more likely to develop cancer as they age, and people today live longer lives, it is not uncommon for people to have some relatives who develop cancer. This might help explain why this myth persists.

Most cases of cancer are due to a buildup of mutations in genes that accumulate over time. As the American Cancer Society explains:

“Some types of cancer run in certain families, but most cancers are not clearly linked to the genes we inherit from our parents. Gene changes that start in a single cell over the course of a person’s life cause most cancers.”

“Fortunately for all of us, this statement is a myth and entirely not true. The current therapies for cancers are improving to the point where the cure of cancer — that is, treatments that will kill cancer completely — are improving continuously.”

Dr. Vu has great hopes for the future of cancer treatment; he told MNT:

“In the future, with current scientific progress in better treatments for cancer, and improved population awareness of cancer risks and diagnosis, the statement that ‘cancer always comes back’ may become even more of a myth.”

10. There is no cure for cancer

Thankfully, this is also a myth. As medical science delves deeper into the mechanisms behind cancer, treatments steadily grow more effective.

According to Dr. Vu, some cancers, such as testicular and thyroid cancer, have a 60%Trusted Source cure rate. Dr. Vu defines the cure rate as “the population of cancer patients that has the same life expectancy as the general population.”

Breast, prostate, and bladder also have cure rates of around 50%. Dr. Vu concludes:

“As can be seen by the above data, some cancers can be eradicated, but, unfortunately, not all cancers can be cured completely. There is ongoing optimism that cure rates are increasing given the ongoing focus on screening and better treatments for cancer.”

“It is imperative that patients who are diagnosed with cancer, even at an advanced stage, do not lose hope: there are many effective, novel therapies, as well as more effective surgical techniques. A good example is with the use of modern immunotherapy, up to 40% of patients with stage 4 melanoma are curable, and 50% of patients with stage 4 colon cancer metastatic to the liver can be cured with a combination of chemotherapy and surgery.”

In short: although the battle with cancer is ongoing, science is making significant headway.