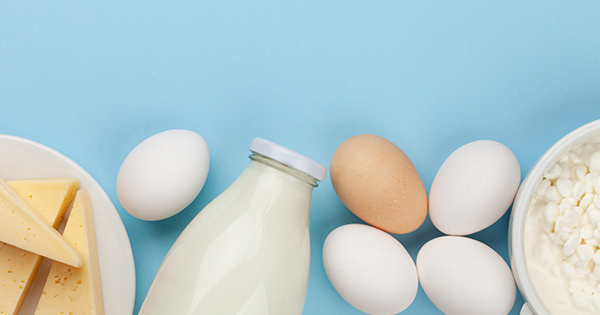 Instead of protecting us, the immune system can sometimes go awry, as in the case of autoimmune diseases and allergies. An Ludwig-Maximilian-Universitaet (LMU) in Munich team has dissected how mast cells regulate their calcium levels to keep the immune response under control.

The immune system defends us against attack by viruses and bacteria and also helps to eliminate cancer cells. The innate immune system is responsible for the initial detection and destruction of invasive pathogens.

It then alerts the cells of the adaptive immune system, which eliminates infectious organisms and provides long-term protection against them.

Now a team of researchers led by LMU immunopharmacologist Susanna Zierler and pharmacologist Ingrid Boekhoff from the Walther Straub Institute of Pharmacology and Toxicology has now shown that the activity of certain ion-channel proteins in mast cells plays an important role in preventing allergic and anaphylactic reactions and ensuring that immune responses do not overshoot.

Mast cells are found in practically all organs in the body and regulate the initiation and resolution of inflammatory reactions mounted by the immune system as a means of combating infections and metabolic dysregulation.

Immune responses are highly complex processes, which must be carefully targeted. This means that immune cells must be capable of detecting specific signals that interact with receptor proteins on the cell surface and converting them into clearly defined sets of molecular interactions that result in the activation of the appropriate response at the right time and in the right place.

Among the reactions triggered within the cell are alterations in the levels of positively charged ions including calcium, sodium and potassium. It turns out that rapid and transient changes in ion concentrations are essential for the activation of many types of immune cells.

It is clear that cells regulate intracellular levels of these ions principally via proteins called ion channels and ion pumps, but how these flows are controlled in the context of immune responses is not understood in detail.

The research groups headed by Susanna Zierler and Ingrid Boekhoff have now, within the framework of the Collaborative Research Center TRR-152 funded by the DFG, characterized the functions of ion channels that selectively regulate the concentration of free calcium in mast cells.

Like many other cell types, mast cells achieve this by activating the release of calcium from intracellular stores. The endoplasmic reticulum (ER) is the largest storage organelle for calcium in cells.

But other intracellular organelles, such as the mitochondria (the cell’s power stations) and the lysosomes (intracellular waste disposal units), can also supply calcium ions on demand.

All of these intracellular compartments are delimited by membranes in which specialized ion channels are inserted.

Endolysosomal membranes, for instance, contain a protein that belongs to the family known as two-pore channels (TPCs). Zierler, Boekhoff and their colleagues report that one of these, TPC1, plays a major role in regulating changes in the intracellular distribution of calcium ions between endolysosomes and the ER.

They demonstrated that selective genetic knockout or pharmacological inhibition of TPC1 in mast cells in mice alters the balance between the amounts of calcium stored in these organelles.

Crucially, this change is associated with a marked increase in the secretion of histamine, which then triggers a severe allergic reaction, on both the cellular and systemic levels.

These results show that perturbation of the sensitively regulated equilibrium that controls the level of intracellular calcium ions in mast cells can lead to drastic allergic and anaphylactic reactions.” Susanna Zierler, immunopharmacologist, Ludwig Maximilian University of Munich

The identification of the TPC1 channel protein as an important regulator of mast-cell activity and histamine secretion has clear therapeutic implications.

“The study pinpoints the TPC1 channel as a promising drug target for the treatment of allergic and mast-cell-dependent disorders,” says Zierler. All in all, targeted pharmacological control of the ion channels in immune cells has great potential for the treatment of infections, allergies and perhaps even leukemias.