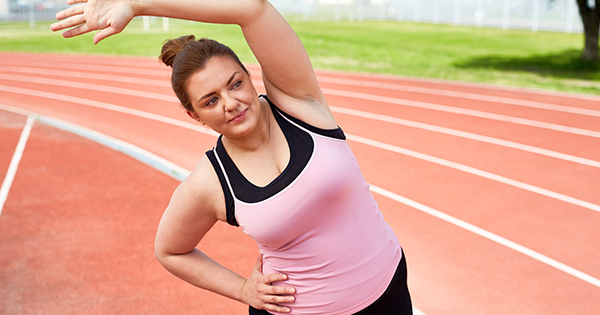 Most of us have heard of “superfoods,” foods so highly nutritious that they might seem almost miraculous. Yet what is fact and what fiction when it comes to these foods? In this Honest Nutrition feature, we investigate.

Many of us may have been tempted to purchase a particular food due to its designation as a superfood.

But what does superfood actually mean, and do they exist?

In this Honest Nutrition feature, we examine these questions and separate the reality from the hype regarding the foods that will supposedly change our lives.What are superfoods?

Currently, there is no set scientific definition for what counts as a superfood. Generally speaking, the term describes foods rich in nutrients and known to offer significant health benefits.

Superfood products are ubiquitous in the wellness world. For example, typing superfood into a well-known e-commerce search engine offers page after page of products branded as superfoods, including coffee creamers, green tea powders, dried fruits, and supplements, some of which are prohibitively expensive.

Companies make millions on labeling these products as superfoods — the global superfoods market size was estimated at $137 billion in 2018 — but do they really live up to the hype?

Many health experts are wary of the term superfood and for good reason. There is no set definition of the word and no regulations surrounding the use of the term on packaging labels.

Because of this, there is no guarantee that a product with the superfood label offers any special health benefits or contains certain nutrients.

Consumers may often think that products with superfood on their label are healthier than other products, which isn’t necessarily true. This could lead to consumers spending money on expensive products marketed as healthy, such as superfood powders, protein bars, and supplements, when they could be receiving more benefits at a lower price by purchasing whole foods such as fruits and vegetables.

What’s more, many superfood products contain proprietary blends of fruit and vegetable powders and don’t disclose how much of each ingredient — or the amount of vitamins, minerals, and antioxidants — a serving contains.

The European Union have even banned the use of this term on labels unless accompanied by explicit detailing of the product’s nutritional content.

Some nutritionists have expressed worries that the label superfood might make certain food items seem as if they have almost miraculous effects on health.

For example, in an interview for The Observer in 2007, Catherine Collins — then chief dietician at St George’s Hospital in London, now intensive care unit dietitian at the Surrey and Sussex Healthcare NHS Trust in the United Kingdom — expressed this worry in no uncertain terms.

“The term superfoods is at best meaningless and at worst harmful,” she warned, saying that many people have “wrong ideas” about food items commonly labeled as such.

Many foods are considered superfoods due to their beneficial effects on health and disease prevention.

Most of these are plant-based, but some animal-based foods, such as salmon, have also been given the title.

Nutritionists sometimes label the following foods as superfoods, while they acknowledge there is no accepted definition for the term:

However, this list is by no means exhaustive, and there are many other foods that people often refer to as superfoods.Are superfoods real?

Even though there is no set definition of superfood, with many health experts skeptical of the term, some foods classified as such have been linked to significant health benefits.

For example, berries, which people often describe as superfoods, have associations with several health benefits. Some studies indicate that berry consumption may have links with improved vascular function and reduced heart disease risk factors. However, further research is recommended to verify these findings.

Diets high in cruciferous vegetables, such as kale, broccoli, and cauliflower, also have links with a lower risk of heart disease and certain cancers.

Meanwhile, garlic has been shown to provide anti-cancer, anti-diabetic, and anti-hypertensive effects. And citrus fruits are celebrated for their impressive concentration of anti-inflammatory and antioxidant metabolites, including flavonoids, alkaloids, carotenoids, coumarins, phenolic acids, and essential oils.

It is likely that most foods considered superfoods could benefit health in one way or another.

This is because they are typically a concentrated source of vitamins, minerals, and beneficial plant compounds, such as polyphenols and carotenoids, known to positively impact health in a number of ways, including reducing inflammation and protecting against cellular damage.

The reason is that carotenoids and polyphenols are antioxidants, which can protect against oxidative stress — an imbalance at the cellular level — which plays a key role in aging processes.

However, some superfoods have been deemed superior to other foods, even though there is no evidence that they are healthier. For example, kale is considered a superfood that many people believe to be healthier or better than other types of vegetables.

Even though kale is indeed healthy and may benefit the body in several ways — including reducing inflammation and potential anti-tumor effects — it does not mean other vegetables are less healthy or that kale is a prerequisite for optimal health.

Many other greens that are not as popular, including watercress, collard greens, purslane, and Swiss chard, are very nutritious and linked with health benefits.

For example, these greens also offer an abundance of antioxidant and anti-inflammatory compounds, such as polyphenols and carotenoids, that may help protect against cellular damage.

Studies show that consuming a diet high in foods rich in these compounds, such as watercress and chard, could offer protective effects against health conditions, including cardiovascular disease and type 2 diabetes. They are also high in many vitamins and minerals.

In fact, one study examined vegetables concerning their nutrient concentration and found that watercress, Chinese cabbage, chard, beet greens, spinach, chicory, romaine, mustard greens, and endive all contained higher levels of 17 nutrients, including potassium, calcium, iron, thiamin, riboflavin, niacin, folate, zinc, and vitamins A, B6, B12, and C, than kale.

Salmon is another example of a food that could be considered nutritiously superior. It provides a concentrated source of omega-3s and other important nutrients, although other fish, including herring, mackerel, and sardines, are also packed with omega-3s and may be more affordable than salmon.

However, this does not mean that foods commonly branded as superfoods are not important for health. It merely suggests that many other foods offer a similar nutritional value but are not as popular as heavily-marketed superfoods.