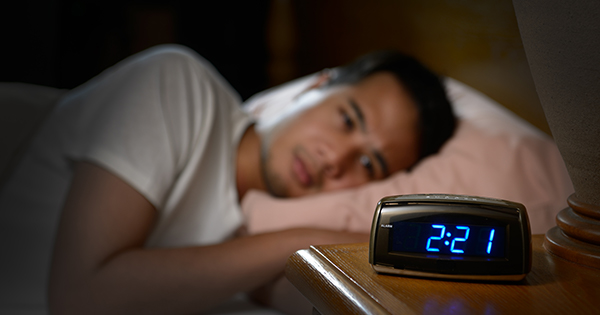 Sleeping problems can affect both mental and physical health. Now, a large-scale analysis in China highlights how insomnia might lead to potentially life threatening cardiovascular diseases.

Insomnia is a relatively widespread problem. When a person has insomnia, they often struggle to fall asleep or stay asleep. Some people experience both.

Around 1 in 4 adults in the United States experience short-term, or acute, insomnia every year, according to research carried out at the University of Pennsylvania, PA. Acute insomnia typically means that a person experiences sleep problems for just a short period, perhaps due to stress or worry.

Approximately three-quarters of these people return to their regular sleeping patterns. Others, however, go on to develop chronic insomnia.

Chronic insomnia refers to a person who experiences problems sleeping for at least 3 nights a week for no less than 3 months.

Both acute and chronic insomnia can result in daytime drowsiness, concentration and memory problems, and a lack of energy.

But studies have found more worrying links. One recent analysis, appearing in Sleep Medicine ReviewsTrusted Source, linked insomnia to the onset of depression, anxiety, and alcohol misuse. Other studies have found a relationship between insomnia and heart disease.

Now, authors of a new study, published in Neurology, point out that previous research has failed to define insomnia correctly and has included people who may not have the disorder. So they set out to find a stronger association.

The results of the new paper suggest that identifying insomnia, particularly in young people, may reduce cardiovascular disease risk later on in life.

The researchers used data from the China Kadoorie Biobank, which investigates and tracks the leading causes of chronic diseases in China.

The participants, aged between 30 and 79, had no history of heart disease or stroke when the study commenced.

In the new study, the researchers analyzed three symptoms of insomnia, where the symptoms lasted at least 3 days a week. The symptoms were: problems falling asleep or staying asleep, waking too early, or struggling to focus during the day because of disrupted sleep.

The researchers followed all of the volunteers for about a decade. During that time, they identified 130,032 incidences of heart attack, stroke, and comparable diseases.

A higher chance of cardiovascular disease

After taking into account other risk factors, such as smoking and alcohol consumption, researchers identified several significant findings.

The new study identified that the participants who reported experiencing all three insomnia symptoms had an 18% increased chance of developing cardiovascular diseases compared with those who did not experience the symptoms.

Those who reported trouble focusing during the day were 13% more likely to develop heart attack, stroke, and comparable diseases than people who did not have problems focusing.

Researchers identified that the people who found it difficult to fall asleep or stay asleep had a 9% higher chance of developing these diseases, while those who woke up too early were 7% more likely to experience a stroke, heart attack, or similar.

Despite these results, the researchers point out that they have not established a cause and effect between insomnia and cardiovascular illnesses. The findings simply highlight an association between the two.

Notably, this link “was even stronger in younger adults and people who did not have high blood pressure at the start of the study,” says study author Dr. Liming Li of Beijing’s Peking University in China.

The researchers note that the participants in the study self-reported their symptoms of insomnia, which may mean the data are not entirely accurate. However, further analyses, enlisting medical professionals to track symptoms of insomnia rather than relying on self-reporting, would strengthen the relationship.