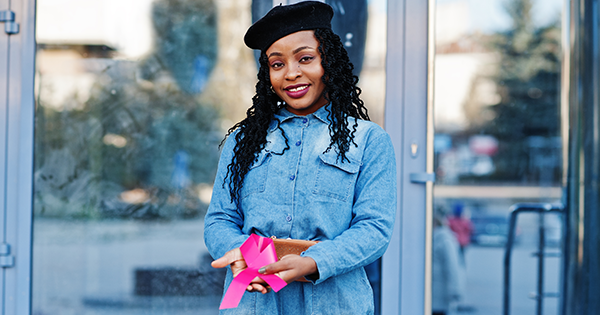 Experts say better screening is one reason for the increase in breast cancer cases, but lifestyle factors are another reason.

Breast cancer has now surpassed lung cancer as the most commonly diagnosed cancer around the world.

That’s according to a new report from the American Cancer Society and the International Agency for Research on Cancer.

Scientists looked at the data for both the incidence and mortality for 36 cancers in 185 countries for this 2020 report.

It found an estimated 19 million new cancer cases. Among those, slightly more than 2 million were breast cancer cases, or 11.7 percent, compared to 11.4 percent for lung cancer cases.

Researchers said the statistics surprised them.

However, when it comes to mortality, the report says lung cancer remains more deadly, accounting for 18 percent of the nearly 10 million cancer deaths. Breast cancer deaths accounted for slightly less than 7 percent.What’s behind the numbers?

What role does early screening and treatment play in the breast cancer landscape?

Researchers say it does have an impact on the lower death rate but not as much with the increased numbers of new cases.

“We are getting screened more often these days compared to the past and we have the ability to detect asymptomatic breast cancers. So, some of the increase may be attributable to the change of clinical practice,” Sung told Healthline. “But this may not explain the rapid increase of breast cancer rates in many transitioning countries.”

“The more important players may be breast cancer risk factors, which have dramatically increased over time,” she said.

“There’s the increasing trend of obesity and lower level of physical activity. We drink more alcohol. There are also the changes in women’s reproductive factors, such as postponement of childbearing, fewer childbirths, and less breastfeeding,” Sung added.

When it comes to survival rates, she said it’s not the same around the globe.

“The high survival rate is not common everywhere. It’s only for high-income Western countries and high-income Asian countries,” Sung said. “Women living in Sub-Saharan African countries have higher death rates compared to those of women living in the U.S. There they find the cancer in a late stage.”The role prevention plays

Can it be as simple as following rules of prevention?

“Based on these kinds of studies, we still think that probably half of cancers are preventable and that includes in our own country,” said Dr. James R. Cerhan, a professor of epidemiology at the Mayo Clinic in Rochester, Minnesota.

“But we don’t know all the risk factors yet. We still need a lot of research to find out,” Cerhan told Healthline. “Even though we know what to do, it’s hard to always pin that on just personal responsibility.”

“There’s a lot of structural things out there, food deserts in poor areas that can’t get fresh fruits and vegetables or can’t afford them,” he said. “Do you have green spaces close by where you live? Is it safe to walk in your neighborhood or go to the park to work out?”

“Then there’s also access to medical care and healthcare facilities. So it might seem simple, but we need to think more about this at a societal level. How can we make communities healthier and lower their cancer burden?” Cerhan added. “It has huge payoffs for everybody. People can have longer, healthier lives, communities are more productive. So it’s a good investment over the long term.”

“The term prevention means if you do this, then bad things won’t happen. So it makes it seem like if you do all those things and you still get it, it looks like you’ve failed. It looks like we’re blaming the victim,” Bernstein told Healthline. “I know people who are strict vegans and athletes and they still got breast cancer.”

“Whereas risk reduction is a more realistic term. So with breast cancer, you can do things to mitigate or reduce your risk. There aren’t guarantees because so much is out of our control,” she added.

Cerhan, for his part, said: “Find a group of things to do to try to prevent cancer, implement them, and then go on and live your life. “

The impact of the pandemic

The data in the report doesn’t reflect the effect of the COVID-19 pandemic.

It’s based on numbers collected earlier.

“That’s a big worry. First, there’s screening. If you don’t get screened, then the cancer shows up late,” Cerhan said. “Then people might have symptoms, but they don’t go in. So the later you find the cancer, the later you treat it, you have fewer options and worse outcomes.”

“We’re starting to get some early data. We have been seeing screening rates really decline, particularly last March and April when there was a lot of shelter in place,” he said. “We think that’s going to have some implications over the next 5 years.”

As a result of the report, the World Health Organization (WHO) has announcedTrusted Source it’s launching a new global breast cancer initiative later this year.

Its goal will be to reduce the number of deaths by promoting breast cancer health, improving timely cancer detection, and ensuring access to quality care.