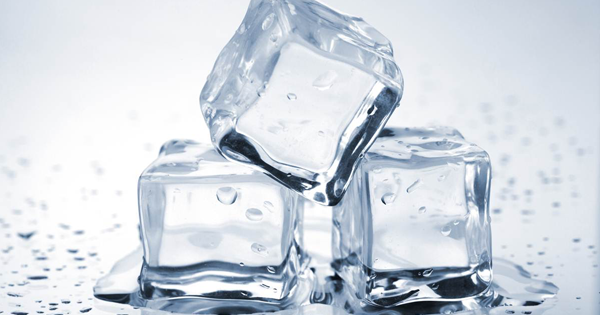 Taking an ice-cold bath may sound painful, but some believe it’s one of the easiest, quickest ways to soothe post-workout pains.

“Ice baths have been around for a while, and they’re picking up steam and popularity,” says Nick Clayton, programme manager for the National Strength and Conditioning Association. Although ice baths may soothe sore muscles, they aren’t for everyone – and could be counterproductive depending on your fitness goals.

What is an ice bath?

Also called cold water immersion, ice baths are a form of cryotherapy that call for sitting in chilly water, ideally up to your chest, for 10 to 15 minutes. There’s no need to freeze to get the full benefit – anywhere between 10 to 15 degrees Celsius works. Just be prepared – it’s not exactly pleasant.

“The first time you get in, it takes your breath away. It’s quite an experience, but after 5 to 10 minutes it gets easier, especially if you breathe and relax,” says Clayton. “The first few times it’s super uncomfortable and painful, but you do build up a tolerance.”

Mike Reinold, a physical therapist and the former head athletic trainer for the Boston Red Sox, says he recommends this method for all athletes.

“Ice baths help people move and feel better, which can help them to recover,” he says.

How do ice baths work?

Ice baths reduce inflammation and improve recovery by changing the way blood and other fluids flow through your body. When you sit in cold water, your blood vessels constrict; when you get out, they dilate (or open back up). This process helps flush away metabolic waste post-workout, says Clayton. That’s especially true with lymph, a clear fluid made up of white blood cells and fluid from your intestines, he explains.

While your heart constantly moves blood around your body, your lymph nodes don’t have a pump. Ice baths constrict and open vessels manually, which helps stagnant fluids in your lymph nodes move throughout your body. Increased blood flow also floods your cells with nutrients and oxygen to theoretically help your body recover, adds Clayton.

In addition, Reinold and Clayton believe ice baths prepare you for other difficult conditions.

“From a mental standpoint, you’re challenging your body by being exposed to different stresses and stimuli, which makes you more resilient and prepares you for different challenges in the future,” Clayton says.

What is contrast therapy?

“We do a bunch of contrast therapy because people like it,” says Reinold. “When you’re in an ice bath and hop into a hot tub your entire body tingles for 30 seconds, so you perceive you’re getting something out of it.”

Some research suggests ice baths may reduce soreness after workouts. A 2018 meta analysis of 99 studies looked at the effectiveness of several recovery methods – including contrast water therapy, massage, and ice baths – at reducing delayed onset muscle soreness, perceived fatigue, muscle damage, and inflammation after physical exercise. It found that ice baths and massages were the most at lowering inflammation. What’s more, massages were best for reducing muscle soreness and fatigue.

“The damage after a workout signals the body to build up that area more. When you take out that signal, you don’t have that stimulus for growth,” says Clayton. “Even though you’re reducing inflammation, it might not have a positive effect on your workouts.”

Post-game ice baths won’t make you a better athlete. “If you work out and jump in an ice bath, your performance isn’t going to be better the next day,” says Clayton. “You’ll feel better, but it’s more perceived than anything else.”

That said, ice baths have a positive effect on the central nervous system, which helps you sleep and feel better. This, in turn, may improve your reaction time and explosiveness in future workouts.

One caveat: Ice baths may improve performance if you take one before working out on a hot and humid day. “If you’re doing a cross-country race in Florida, icing before your race has been shown to reduce the effects of heat and humidity and improve your performance,” says Clayton.

Simply hop in an ice tub just before a race or game for about 20 minutes to drop core body temperature by a couple of degrees.

When should you take an ice bath?

So far, there’s no time period that’s shown to be most effective. However Clayton says the sooner you can hop in the ice after an intense workout or game, the better. “If you work out and then wait an hour, a lot of those healing processes are already happening, so they’ll have a different effect,” he says.

How long do athletes sit in ice baths?

A 2016 meta-analysis of ice bath studies found that athletes experienced the best results after soaking in water temperatures between 10 and 15 °C (50 to 59 °F) for 10 to 15 minutes.

If you’re attempting this at home, be sure to check the tub’s temperature using a thermometer. While you can just ice your legs or arms, it’s best to submerge your entire body, so more vessels contract to flush out greater quantities of metabolic waste.

Are there any risks of taking an ice bath?

Clayton says people with high blood pressure or cardiovascular disease should check with their doctors first. Hypothermia is also a potential risk if you sit for too long.

What’s the best way to recover after a really hard workout?

Ice baths aren’t necessary, but they may help you recover just a bit faster. If you have access to a cold tub (and you actually enjoy the experience), go ahead and soak a couple of times per week. When he worked as a trainer, Clayton used his gym’s cold plunge and warm tubs once a week after yoga.

“It felt good and I’d sleep like a baby that night,” he says. “But if you do it every time after you work out, you won’t maximise the benefits of your workout.”

Otherwise, there are more pleasant ways to speed up recovery, like massages, which Reinold says are the most effective method. If you can’t swing regular massages, active recovery – light stretching, foam rolling, or dynamic range of motion exercises like yoga – is as effective as ice baths.

But the hands-down, best way to recover is also the easiest: eating and sleeping well. Replenishing lost nutrients will counter the stressed “fight or flight” reaction that naturally occurs after a hard workout.

“The sooner you can get into a more relaxed parasympathetic state, the better it is for recovery,” says Clayton.