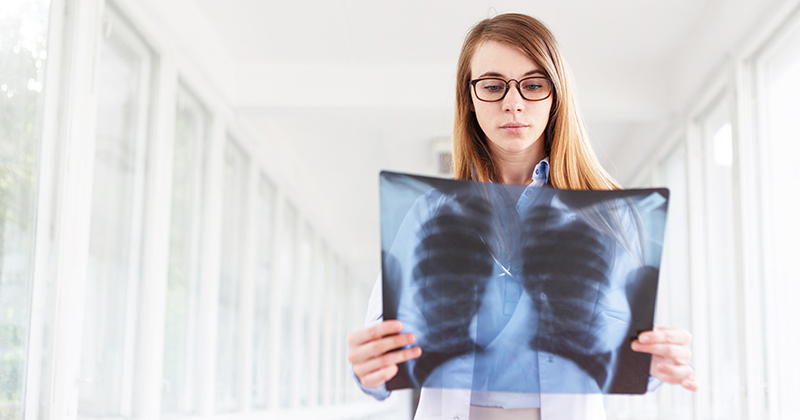 It’s well established that our guts play host to entire communities we now call the microbiome. But, being as microbe-ridden as our species is, we also have microbiomes in other parts of our bodies – including the lungs. Now, scientists have found what looks like a link between airway microbiomes and asthma severity in children.

The research isn’t enough to prove that different mixes of bacteria are what makes asthma worse or better, but it does show there’s some kind of correlation – and that might eventually help doctors manage asthma more effectively.

Nasal mucus samples were collected from 214 kids aged between 5 and 11, all with mild to moderate asthma – once when their asthma was well controlled, and once at the first signs of it flaring up. And the upper airway microbiomes looked rather different at those two points.

“Our data demonstrated a rapid change of the airway microbiome in the children who transitioned from respiratory health to disease,” says microbiologist Yanjiao Zhou from the University of Connecticut, who was at Washington University at the time of the study.

“It is also intriguing to find that the microbiome changing pattern could play an important role in asthma exacerbation. We are planning future studies to explore this possibility.”

Children who experienced the early warning signs of an asthma flare up were more likely to have bacteria including Staphylococcus, Streptococcus and Moraxella in their airways – all of which are associated with disease.

During periods of good health and controlled asthma, the more benign bacteria Corynebacterium and Dolosigranulum tended to dominate the microbiome. The switch from these bacteria to Moraxella was linked to the highest risk of worsening asthma symptoms in the kids, compared with any other kind of switch.

It’s too early to say exactly what’s behind this correlation – there might be some other hidden factor causing both worsening asthma and a bacterial shift that we don’t know about – but it gives researchers plenty of scope for future studies.

If a definite causal link can be established, managing lung microbiomes could be one way of keeping asthma under control. Many previous studies have established the large role that microbes play in our health and well-being, and It’s not the first time scientists have looked at their association with asthma, either.

With more than six million children under the age of 18 having asthma in the US – about 1 in 12 – more effective treatments could affect a lot of lives. It could affect learning too, with asthma the number one reason for missed school days in the States.

“Though our study can’t prove causation, it raises intriguing questions that we plan to pursue,” says pediatrician Avraham Beigelman, from Washington University.

“If we somehow supplement such patients with what appear to be good bacteria, will they do better?”